A future of work when automation is not only cold and instrumental but is also able to carry cultural heritage and incorporate people's learnings to machinery works. The project is for course Studio 3 in spring term, 2021, instructed by Ben Hooker and Tim Durfee. It is a collaborative project with Jeremy Chen.

This video vignette can use any medium or combination of mediums: live-action, animation, simulation screen capture, multi-media collage, found footage, video interview, field audio recordings. The final run-time must be between 1 and 3 minutes long.

While humans are social animals, it is in working that we most directly engage with larger systems: corporations, economies, and governments. Conversely, these vast systems profoundly implicate and impact individuals through the currency of our most valuable commodities: our time and our labor. Because of this, questions of design associated with work are uniquely complex: representing both the worker and much larger structures of capital.

Why do we work? There was a time when everything was “work.” That is, as human animals, we simply had to dedicate nearly all of our energy toward the labor of survival itself. As we developed tools and other physical and non-physical instruments to aid in our efficiency – that is, technology – the concept of leisure (non-work) begins to emerge as a concept in its own right and, ironically, contributes to the objectification of “work” as a mode of living discrete from everything else. Since industrialization, the relationship to our working lives has evolved and contorted to reflect the many radical transformative changes to impact the world since that time: new political systems, mechanical innovations, labor organization, technologies of hyper- efficiency, globalism, computation, digitization, sophisticated supply-chain logistics, automation, artificial intelligence. Each change introduces countless implications for the nature and purpose of work, each requiring new thinking and new design at all scales and contexts.

Our video Heritage speculates a future of work when automation is not only cold and instrumental but is also able to carry cultural heritage and incorporate people's learnings to machinery works.

The vignette happens in a setting when human movements can be extracted and transferred to other organics. In the video, the protagonist deploys dancing patterns, which is a performance from the Olympic Opening Ceremony, to a new scenario and teaches the robots to chop the meat using the motion. From Olympic Games to "Olympia Farm" and even to more scenarios such as directing traffic or hammering a nail, the captured motion will become a commodity as well as a heritage that is embedded in the future of work.

From the juxtaposition of two grand scenes(the Olympic Games performance and the robots in Olympia Farm), we also question if labor can be considered as a new entertainment when working becomes performative and enjoyable to watch. 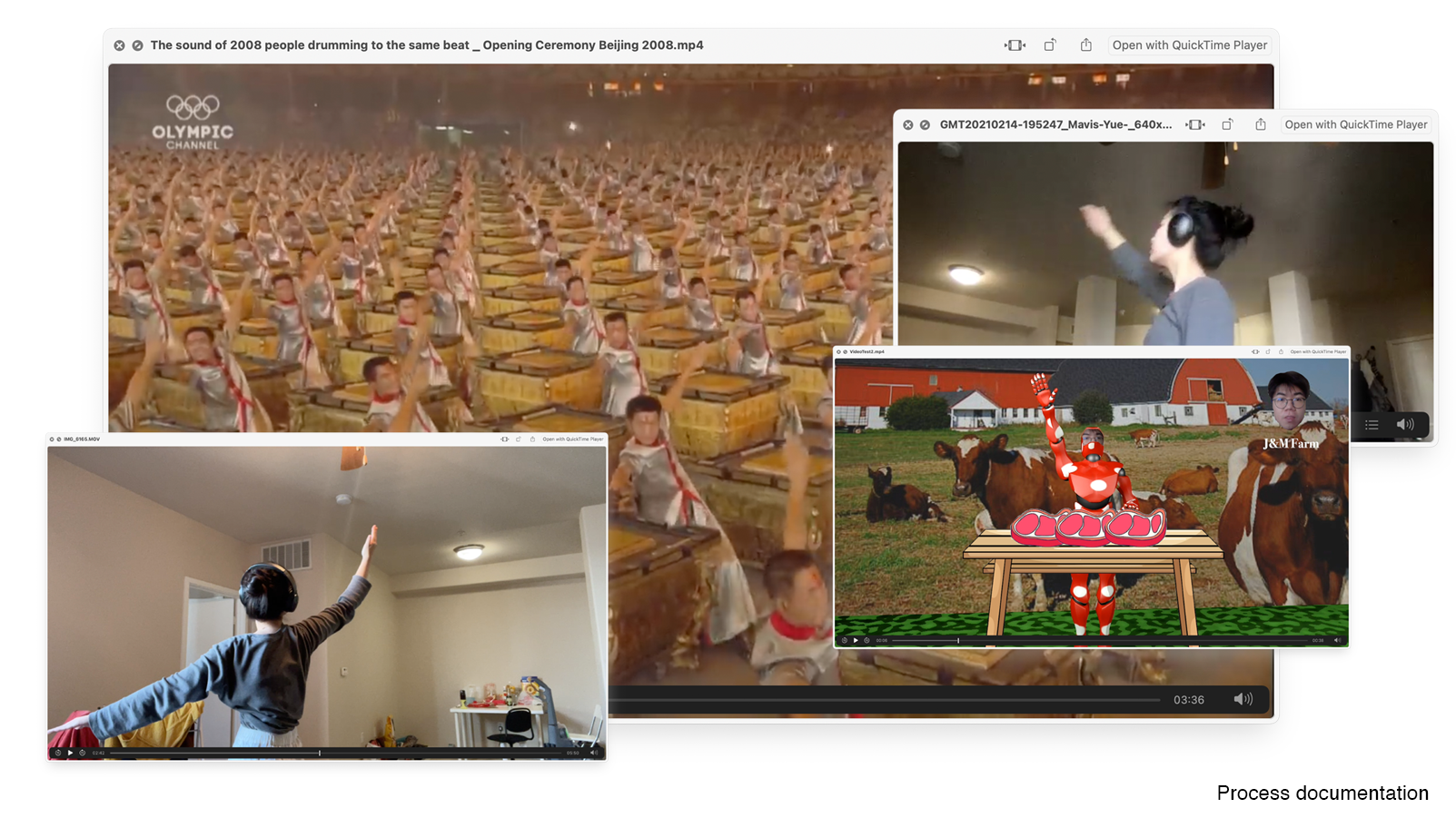 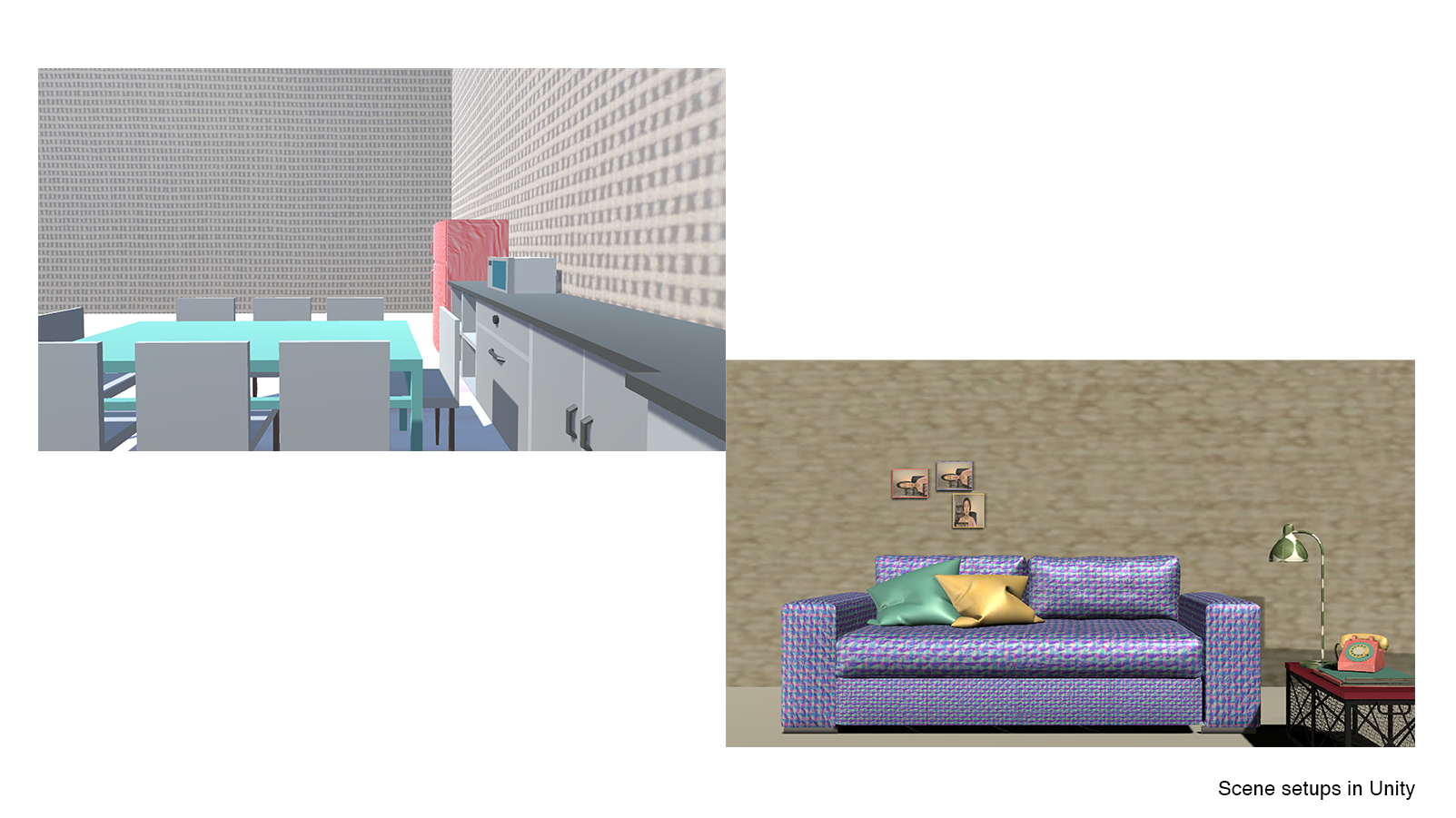 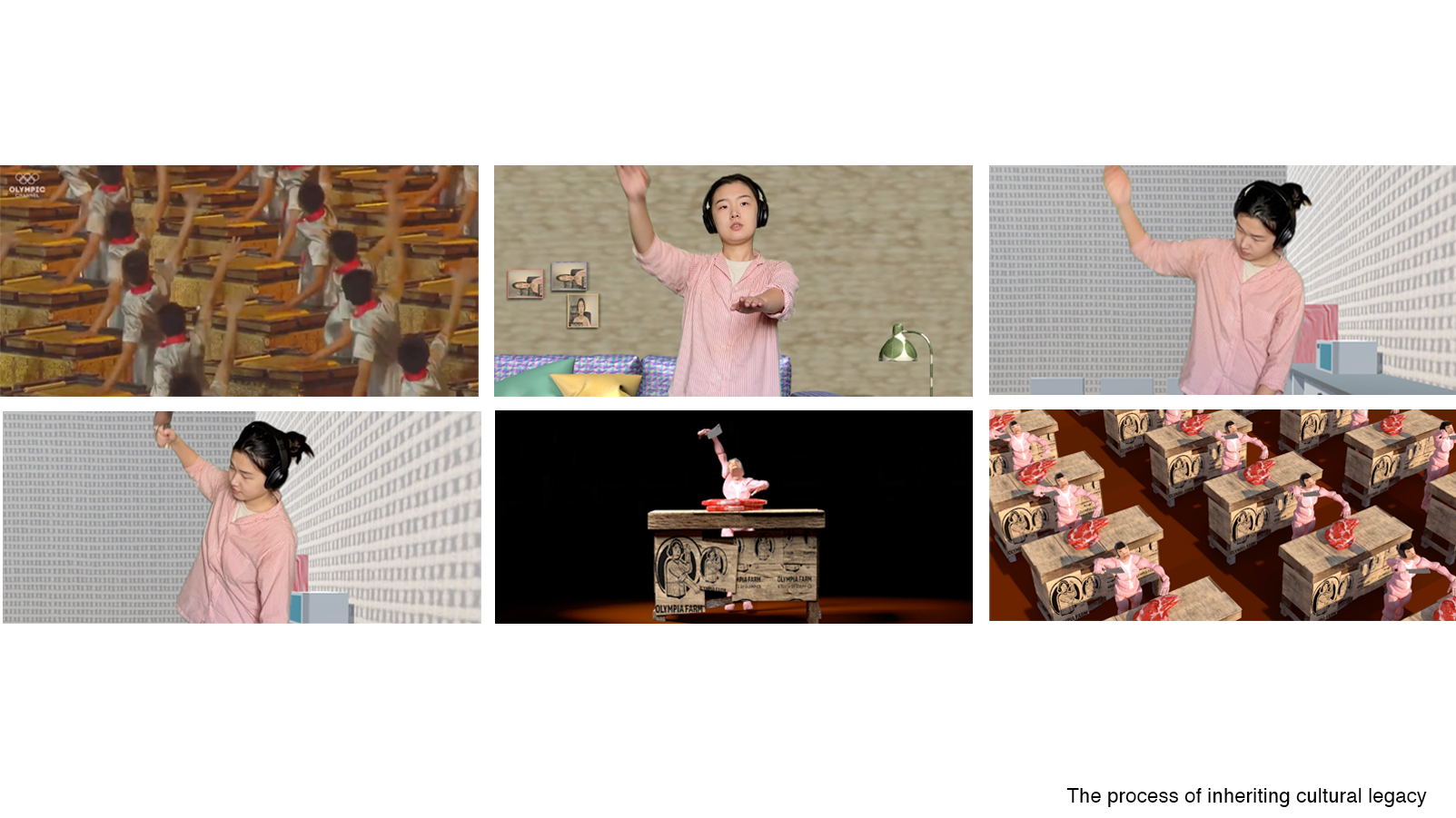 I’m Mavis Cao —
I love everything that make people "Huh?"